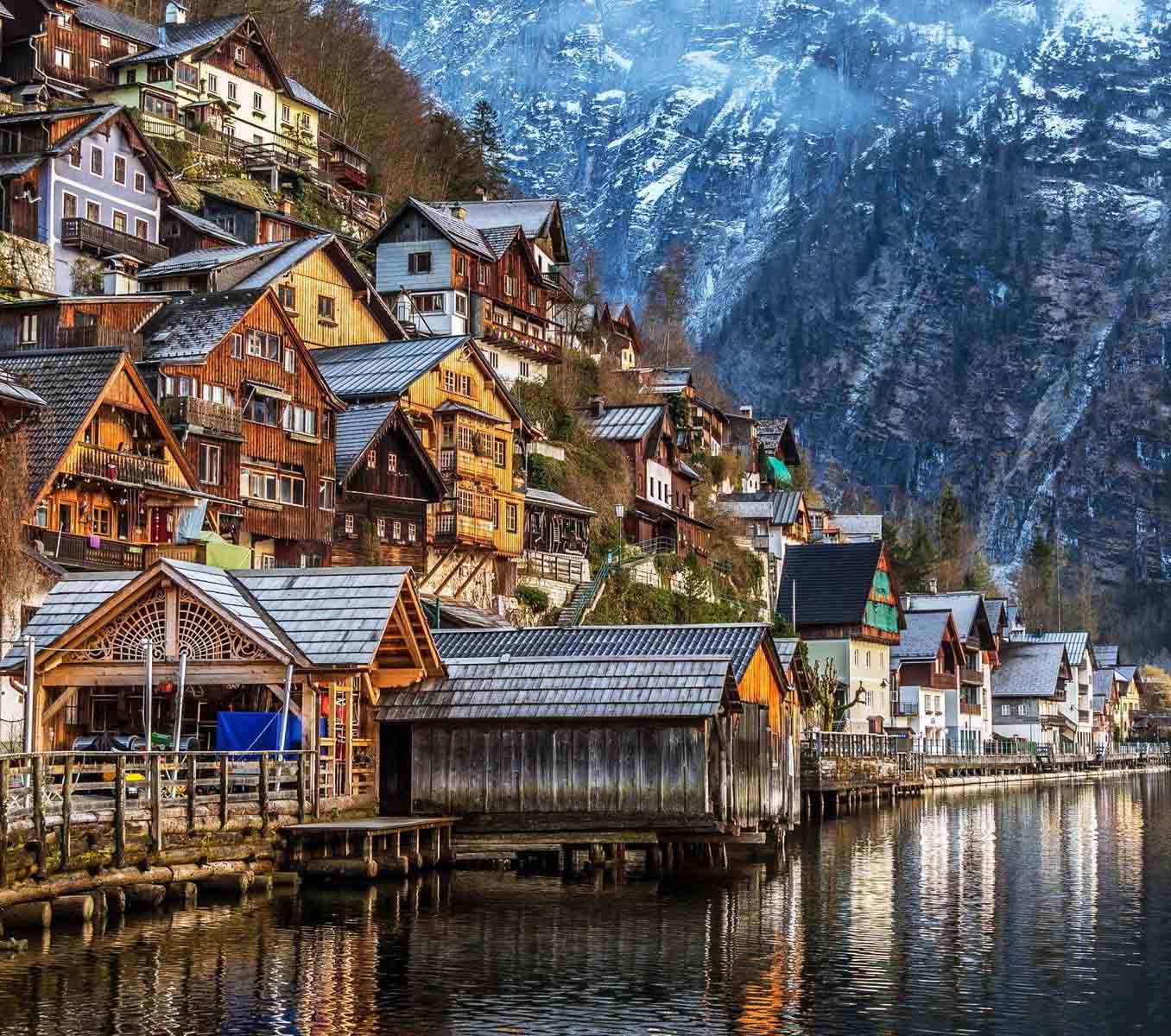 The five best architectural imitations ever

Imitation is the most sincere form of flattery, or so the saying goes. But is directly replicating something a real form of artistic expression? Will a replication ever measure up to the real thing? With the digital age blurring the divide between artistic property and design influence, intellectual property in building design is difficult to pin down. Architects around the world are calling for greater controls on other countries (particularly China’s) replication of famous buildings, but perhaps we should see it as the ultimate compliment. In doing so, we can begin to celebrate the best in architectural imitations.

Hallstatt and its Asian counterpart

The entire town of Hallstatt, Austria – Luoyang, China
As far as architectural imitations go, a new build in Luoyang, China could well take the award for commitment. While to some replicating an entire village might seem excessive, to the Chinese Minmetals Corporation it represents a chance to bring a little bit of Alpine serenity to the city of Huizhou. The $100m project duplicates several of the Austrian lakeside town’s buildings, including the iconic church tower. Critics have pointed out that reproducing a village steeped in alpine-Austrian history and culture 5500 miles away fails to recognise the true appeal of Hallstatt. Whether the area will attract the same boost in tourism that the real Hallstatt enjoyed as a result of the faux installation remains to be seen.

The Eiffel Tower, Paris – Hangzhou, China
No landmarks are safe in China’s efforts to bring the best of Europe to their doorstep. Even the Eiffel Tower has been replicated, albeit at one-third of the size of the original. The imitation, situated on the outskirts of Hangzhou, also features Parisian streets, residential buildings and a scaled down Champs-Elysées boulevard. While not as popular as the real Parisian landmark, this miniature doppelgänger has attracted thousands of local tourists hoping to get a taste of the French metropolis. With the real Eiffel Tower enjoying its status as the most popular paid-for tourist attraction in the world, this miniature imposter doesn’t appear to be too much of a threat. Nevertheless, architects around the world are demanding this brand of artistic plagiarism be stamped out.

‘Thames Town’, every quaint British town, fifty years ago – Songjiang District, China
Not content with merely replicating buildings from a particular region, Shanghai Songjiang New City Construction and Development decided to replicate all the ‘best’ aspects of British market towns in what is surely the most excruciatingly twee town ever made. Some of the buildings were modelled directly on structures from around Britain, such as the Clifton Down Christ Church of Bristol and a generic ale-house, apparently taken from a pub in Lyme Regis. The town was a popular location for second homes for the wealthy Chinese, meaning it is largely uninhabited for most of the year. Nevertheless, it’s become a popular spot for wedding receptions, tourists and Anglophiles alike.

Maxi Museum, Italy – Museum of Liverpool, England
It’s nice to see that there is as much confusion about artistic license in the UK as there is in China. The Museum of Liverpool, situated on a UNESCO World Heritage Site on the banks of the river Mersey, bears more than a passing resemblance to the Maxxi Museum of Modern Art in Rome. Since it’s completion in 2010, the Zaha Hadid-designed Maxxi has displayed some of the finest modern art in the world. The Museum of Liverpool, on the other hand, was designed by Dutch architects 3XN and houses a slightly less imaginative, albeit no less significant display of Liverpool-based memorabilia. The angular exterior and large front-facing windows went down well in Rome. The response to Liverpool’s ambitious imitation, however, was significantly less well received; landing the unwelcome accolade of runner-up in the 2011 Carbuncle Cup.

The Ronchamp Chapel, France – Zhengzhou, China
When famed French post-impressionist Paul Gauguin said “Art is either plagiarism or revolution”, it’s unlikely this rip-off would fall into the latter category. The original Ronchamp Chapel, constructed by renowned architect Charles-Édouard ‘Le Corbusier’ Jeanneret  really could hold claim to revolutionary design. The Chinese architectural imitation, on the other hand, took the startling curves and thick walls of Corbusier’s classic and added precisely nothing. The Christian Chapel, a curious sight in largely atheist China, was almost identical to the original, right down to the sloped roof and unorthodox floor plan. While some would argue this suggests a lack of artistic imagination, it does, at least, highlight the impersonal-architects’ capacity to mimic artistic genius. The building has since been demolished after the Corbusier Foundation sued, proving that while it may indeed be the most sincere form of flattery, imitation is not always the best option for architecture.