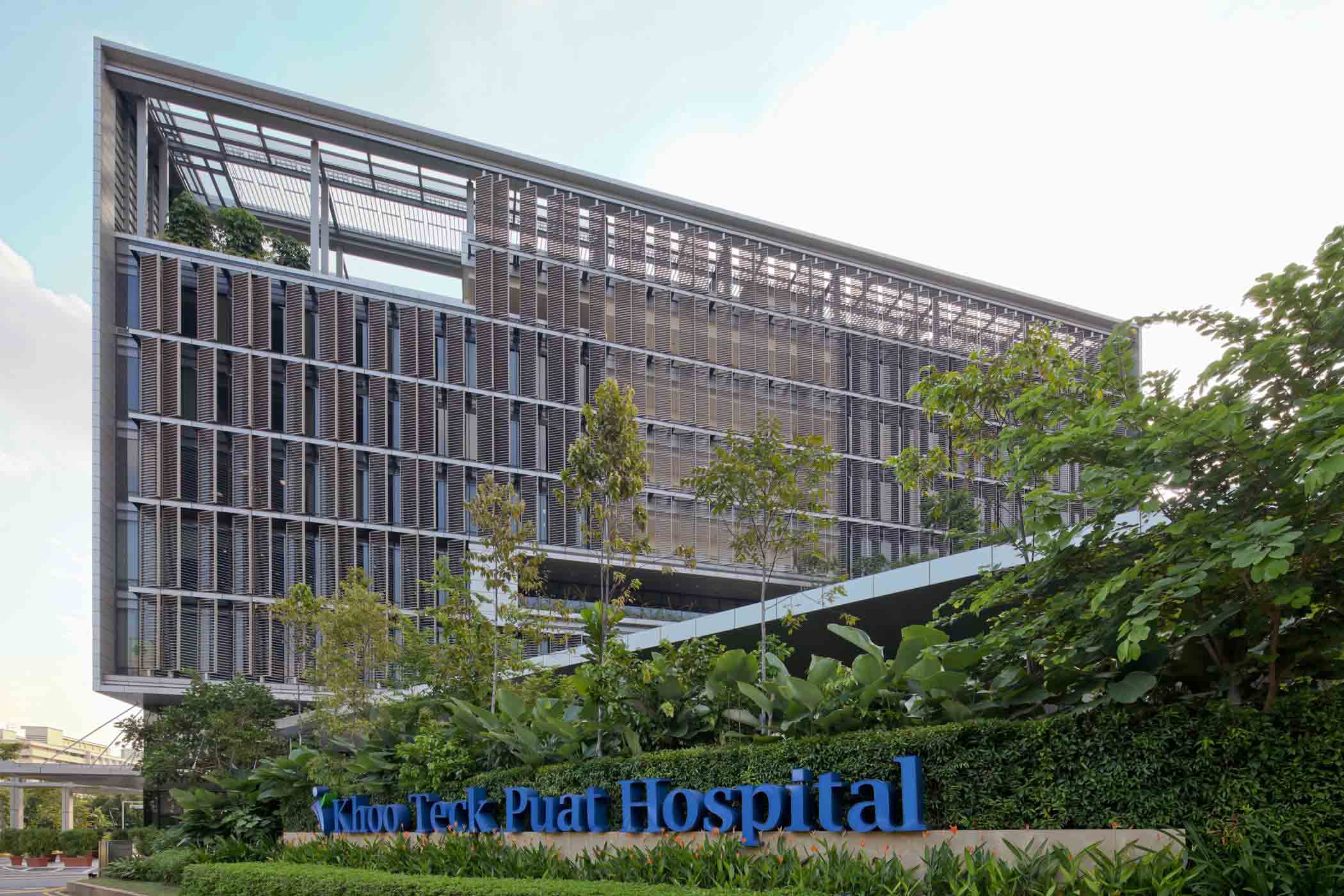 This week we discuss the Khoo Teck Puat Hospital in Singapore, winner of several awards including the 2011 SIA Architectural Design Award for Best Healthcare Building, 2011 Building of the Year and 2011 Design of the Year, not to mention placing first in the 2010 Skyrise Greenery Award. Developed by RMJM, the 590-bed, 1.1 million square foot institution serves more than 700,000 people living in the northern sector of Singapore. Designing a hospital is one of the most complex challenges a design team will ever face, but as chief architect for the project Chris Johnston tells us, it’s all about playing to your strengths.

“One of the chief requirements was that the hospital was sustainable,” says Johnston. “It was a great opportunity to trial some new technologies, as well as to incorporate some existing technologies.” The team got the combination just right with Khoo Teck Puat hospital, with the building achieving the highest rating in Singapore’s Green Mark program.

Chris elaborates on the established technologies utilised in Khoo Teck Puat; “In the colonial days buildings were designed around natural ventilation, and they got very good at it. With specifically arranged cover leaves, flow-through ventilation, light-wells and breezeways, which all contributed toward ventilating the building. We all got lazy when air con became available. We just started building boxes and put in lots of air conditioning. Now people are more aware of energy consumption, the impact on the earth and our carbon footprint.” Johnston adds modestly; “We just took those original technologies and reintroduced them in a 21st century way.” The facility employs several innovative energy-efficient features, including a unique structural layout designed to provide up to 70% of the floor area with natural ventilation while reducing energy costs by as much as 50%. These aren’t the only lessons Chris and the RMJM team took from the past. Healthcare institutions understand the need for a calming atmosphere, and Khoo Teck Puat Hospital is a pioneering example. The garden theme is designed to relieve some of the anxiety, for both patients and staff, that accompany long periods in a busy hospital. Yishun Pond, a central landscape feature, provides a small oasis of serenity, counter to the organised chaos taking place inside the building while a series of planted terraces help foster the ‘garden hospital’ experience.

When designing a hospital, efficiency is vital, albeit not always the number one priority. “We had to focus on making the building as functional as possible before layering over the potential for sustainable energy methods.” In short, “Form follows function.” It’s an important lesson to remember, but RMJM has extensive experience combining functionality with innovative energy saving techniques. Sun shades and wide overhangs control the amount of heat and light allowed into the corridors, while sections of the building requiring air-conditioning, such as operating rooms or laboratories, were co-located to minimize their external surfaces and heat gain. All of these considerations have helped make Khoo Teck Puat one of the most sustainable hospitals on earth, but as Johnston points out, countries such as Singapore provide plenty of options in the way of sustainability. One of the principal points Chris reinforces is how important it is to play to your strengths as an architect. RMJM is already well-versed in utilising the environment to ensure optimum efficiency, but as Chris lists the technologies used to harness the power of the surrounding setting you begin to realise how much innovation lies beneath the surface of Khoo Teck Puat. The use of photovoltaic solar panels to exploit Singapore’s tropical sunlight was an obvious feature, but every single piece of technology has been pondered and intricately tailored to ensure it achieves optimum efficiency. Johnston explains the team’s decision to take advantage of Singapore’s high precipitation with the introduction of a stormwater management system. By ensuring the hospital’s many gardens are systematically maintained through stormwater run-off, they can reduce the amount of water being imported from other areas, further reducing the cost and carbon footprint of hospital maintenance.

Location, both geographically and in a broader economic sense, is an important aspect of hospital design. It’s vital that designers recognise the limitations as well as the potential of a hospital site. Johnston explains, when considering a hospital design in second and third world countries: “You have to be cognoscente of where you’re building it, what’s available to the patient, what’s available to the staff”, adding “you have to be realistic with your aims, your resources and look at maintaining things from a long-term view.” He cites the example of Papua New Guinea. Following independence from Australia, the country tried to replicate the same complex hospital designs of their colonial masters. Rather than design according to economic limitations, the country tried to introduce new technologies that required dedicated upkeep and a consistent power supply. The consequence; the buildings and technology inside fell into disrepair, resulting in hospitals that could barely function on a basic level, never mind as a state of the art medical institution. Discussing the nature of design with Chris, it becomes apparent that while past experience plays a decisive role in the design process, the only way to evolve is to look to the future. I ask him if there is anything he would change about the hospital’s design now that it’s been constructed. “For an architect, the devil’s in the details. The hospital staff may have put in some equipment that changes your perception of a space. You design to one set of requirements and then you have an operator come in and change the requirements. And you think “if we had held that conversation earlier we could’ve done things differently.” But as for significant design changes, Johnston is unrepentant; considering both the critical and local reception of the hospital, you can see why.

Perhaps that’s one of the most interesting aspects of the design and development of any major structure. You will always be your harshest critic because, in architecture, you continue to learn until you put away the pencil. Chris sums it up well when he explains; “The first architect I worked for told me something that has stayed with me until this day. He said “You learn every day. The minute you stop learning, that’s the time to get out and do something different.”” With Khoo Teck Puat Hospital now functioning as a template for hospital design around the world, it’s a good thing Chris Johnston and the RMJM team are still learning. 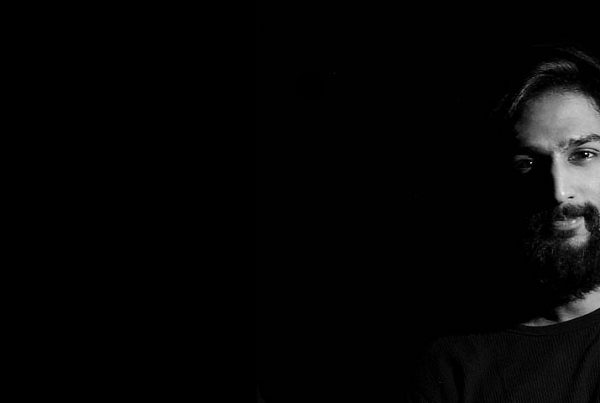 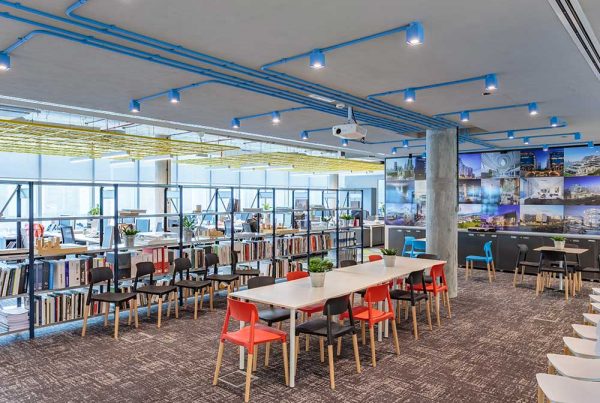 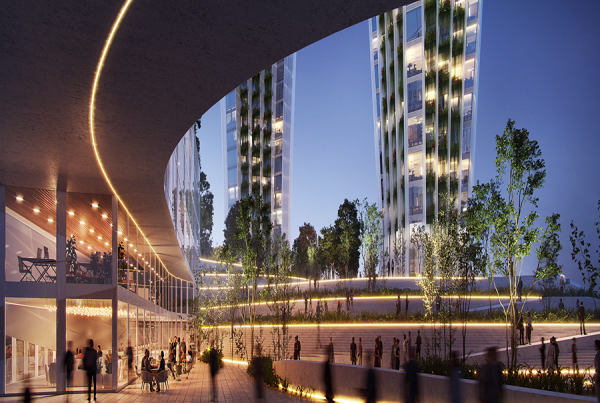