Historically, tall structures have long been the preserve of great societies and empires. The skyscraper, the form perhaps most symbolic of the modern world, dwarfs all that came before it and continues to grow. The Tower, the latest mega-structure to be unveiled in Dubai, where the world’s greatest collection of skyscrapers are now gathering, looks set to reach heights that previously seemed unimaginable. RMJM’s involvement with The Tower has already been well documented but, with talk of skyscrapers very much on the agenda at the moment, we’ve decided to take a closer look at the ten tallest RMJM buildings of the decade so far. Suning Plaza Tower 1 (341m)
RMJM’s Suning Plaza Tower 1 scales an impressive 341 meters and will be the tallest building the company has made this decade when it is completed in 2017. The project comprises commercial shopping centres, a five-star hotel, Grade A office spaces, serviced apartments and a large electrical flagship store combined to create interesting spaces for public activities and functions to enhance the existing CBD area.

Zhuhai St. Regis Hotel & Office Tower (330m)
The Zhuhai St. Regis Hotel & Office Tower is part of the new Zhuhai Convention and Exhibition Complex, which is a key element of the development of the wider Shizimen Business District in Zhuhai. When considering the large-scale of the project, the RMJM design team’s primary focus was on how to encapsulate the functionalities of the cluster within the characteristics that make the city so unique: its relationship to the landscape, waterfront and romantic tradition.

Gate to the East (302m)
Topping out at just above 300 meters by way of its twin spires, Gate to the East was the first supertall building to be constructed in the city of Suzhou. The project introduces a dramatic iconic ‘gateway’ to the city of Suzhou and represents the significance of the China in the world today. The building stands over 300m high and sits directly above a major underground rail interchange, which is fully integrated into the building

Metropol (250m)
RMJM won the design competition for the iconic Mixed Use Development in the East Atasehir District of Istanbul with a design that encapsulates the characteristics that make the city so unique: its relationship to its landscape, its rich cultural diversity and its idealistic tradition. Comprising three towers; one residential, one office and one mixed use super-tall tower, the project expands on RMJM’s work on the Veryap Meridian nearby. The site boasts high-end boutique retail and a retail mall, and is set to become the lifestyle destination of choice for Istanbul residents and tourists.

Evolution Tower (246m)
Evolution Tower has received widespread praise for its iconic twisting design that has transformed the Moscow skyline since its unveiling in 2016. The sensual, organic form of the building, which was designed by RMJM in collaboration with Scottish artist Karen Forbes, mixes passion and drama with a conventional square footprint ideal for ‘Moscow-City’, a new central business district. The futuristic design of the building incorporates a dramatic twist which sees each floor twist a full three degrees compared to the preceding floor.

The Merchant Bank (200m)
The landmark China Merchants Bank Tower was built on the shores of the Huang Pu Jiang river in the Pudong district, with the prominent location along the Pudong commercial skyline warranting a truly unique architectural design. The design of the building incorporated an environmental strategy from its earliest stages and in 2014 it obtained the LEED gold accreditation. 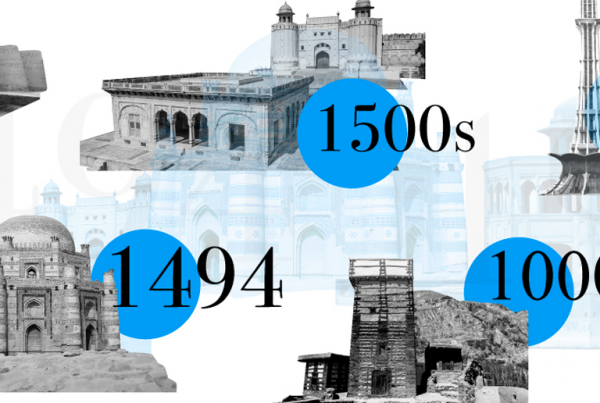