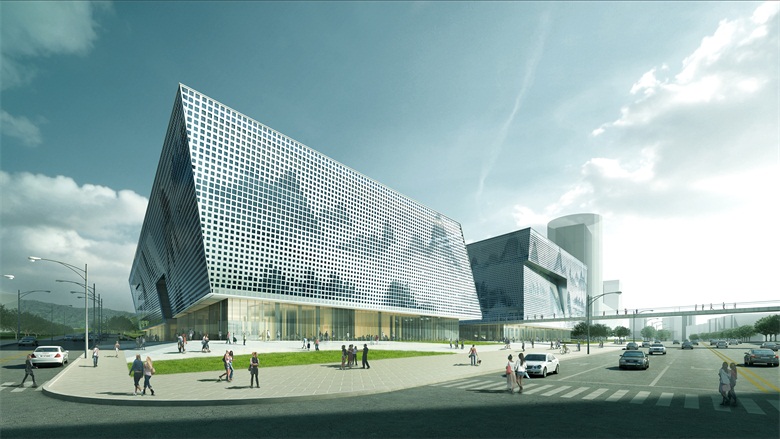 Shenzhen’s Guangming New District is earmarked to lead its future and become a ‘second’ city centre within one of the world’s largest metropolitan zones. The area will rely on the existing foundations of the high-tech industry, education, culture and healthcare to create an important benchmark for a new era of development in Shenzhen. Guangming Cultural Art Centre (and Guangming Books Megastore) will be the most important cultural building in Guangming New District. This building will establish and improve cultural significance within the area, which in turn will attract new talents to the industries for which the city is already famous for. 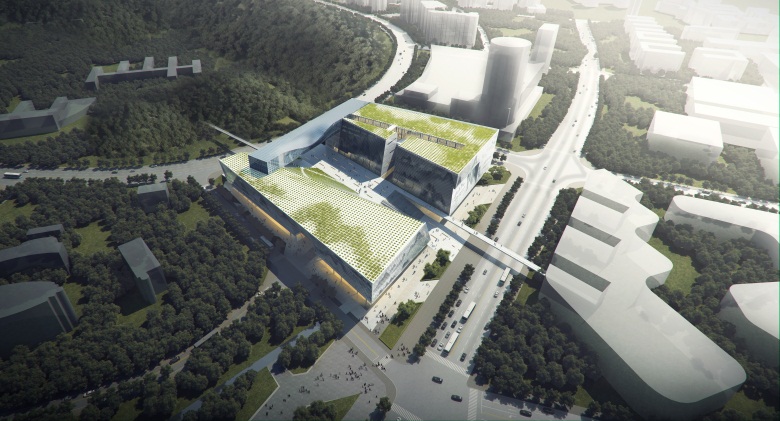 RMJM‘s design concept stemmed from the ‘View Box’ structure within a classical Chinese garden: the building becomes the ‘box’; Niushan becomes the ‘view’, creating a harmonious dialogue between architecture and nature. Paring inventive spatial patterns to a simple atmospheric architectural style, the development breathes new life into its surroundings. Furthermore, its fusion of traditional and modern facade techniques reflect the continuation of tradition aligned with futuristic design.

Modern cultural buildings are no longer only used for reading spaces or watching performances, instead there is now a need for functional buildings that encourage interaction. RMJM’s design does exactly this, becoming an open space for bringing people together. This area will have an open square, grass for lounging in the sun, gardens for activities and sports as well as an open stage for holding concerts. For citizens in a city with such a high density, the project represents a huge cultural leap forward.

Architectural spaces should always be created in order to meet the needs of the people who will engage with it and there is a real emphasis on making this development as spirited as possible. Starting from the environment and working upwards, these buildings combine a modern form with a decidedly holistic approach. The three-dimensional platformed structure, along with a sunken plaza, both make full use of the elevated terrain to help improve the flow of people and vehicles in the area. Planting greenery on the sloping roof, not only enriches the outdoor space but echoes the concept of eco-friendly architecture that has been fundamental to this project’s conception. A development in Shenzhen such as this needs to be as sustainable as it is stylish. 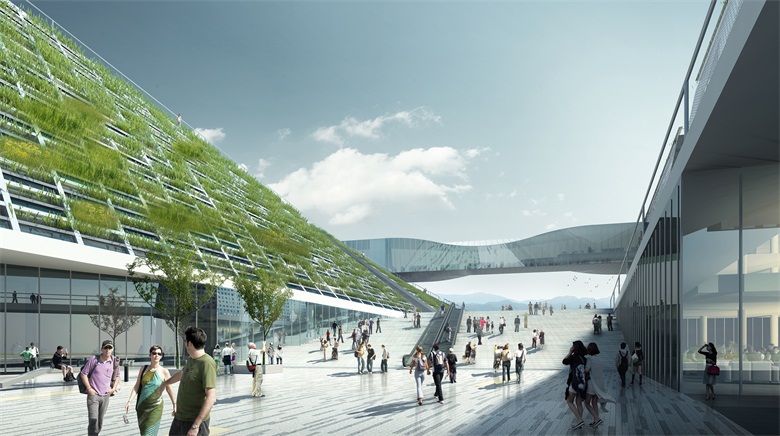