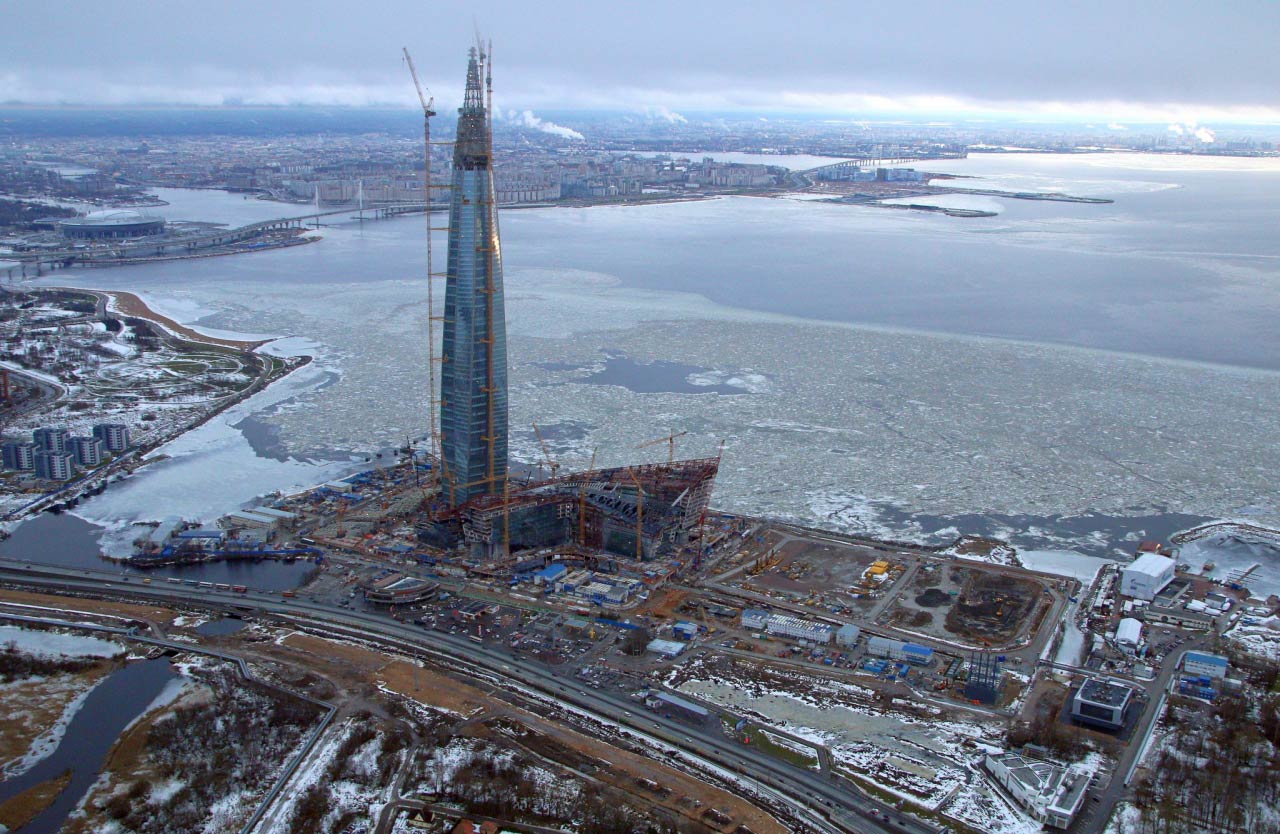 RMJM’s Lakhta Center Is Officially the Tallest Skyscraper in Europe

The Lakhta Center, located in St. Petersburg, this week received its spire and consequently hit its final height of 462 meters, making it officially the tallest skyscraper in Europe.

The Lakhta Center Multifunctional Complex (as it’s known in full) encompasses a breathtaking 400,000 m2 and will house the headquarters of Gazprom Group. The Complex consists of four parts: the 87-story skyscraper, a multifunctional building, an ‘Arch’ entrance building and a ‘Stylobate’ featuring a car-park and other services. The spire, added with the tallest crane in Europe rather than helicopters, is the last functional element of the skyscraper and sees the building peak at 462 meters. The highest occupied floor is at approximately 369 meters, where an observation deck is located.

The RMJM-designed building is set 12km from the St.Petersburg city centre on the Gulf of Finland and becomes an architectural centerpiece to the Central Business District. The recently added, organic spire symbolizes the power of water and its ‘intelligent’ facade sees the building change colour depending on the position of the sun – giving the impression of a ‘living object’. The building is already breaking records and has been noted for its use of the largest volume of glass ever used on a high-rise building.

The technical and engineering solutions offered by the Lakhta Centre are unique and worthy of closer inspection. Russian and foreign specialists provided an innovative design and structural resolution to a project that posed complex questions. In total, over 100 technological innovations will be introduced when the Lakhta Centre opens and they will testify to forward-thinking in regards to energy saving, environmental awareness and safety. And like another RMJM project it is now in the Guinness Book of World Records, with the foundation slab of the Lakhta Center – some 3.6 meters thick – having been poured without interruption for 49 hours. 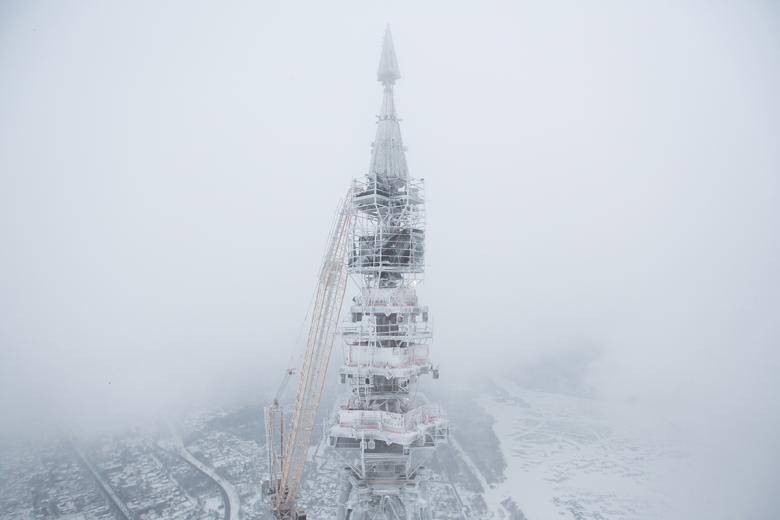 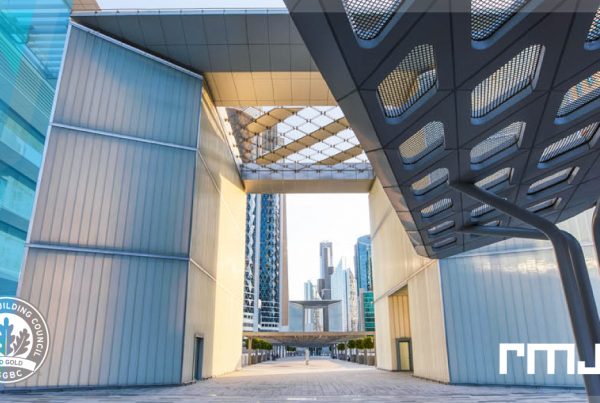