RMJM Prague have recently been appointed as authors of the Moravian-Silesian Innovation Centre (MSIC) Building 5 situated in Ostrava, after their concept design for the technology development was completed. Building N5 will house laboratories, test areas, 2,000sqm of office space, and one level of underground parking. The appointment comes after many positive and constructive discussions between MSIC CEO, Pavel Csank, and RMJM Prague Chief Architect and RMJM 2019 Rising Star, Luca Aldrighi.

We recently had a chance to discuss the project with Luca, and were able to find out more about how the incorporation of highly sustainable initiatives were a driving force behind the overall design of Building N5.

What was the inspiration behind the design concept of Building 5?

The purpose of Building N5 is to host test and research facilities for the automotive industry, and is located on a significant slope. Since the early stages of the design we wanted to incorporate features found in a local, traditional castle. As the building is positioned at the top of an inclined piece of terrain, this tied into the positioning of the castle perfectly. Secondly; the function of a castle is traditionally to protect those inside it and we wanted to use this mindset to create a safe and secure space for all.

Although we wanted the design to align with the traditional features of the castle, our goal was to create something more modern, and create ‘The Castle of the Future’. We decided to use the features we discovered, and reverse them. For example, the material of the building. Instead of using a solid and heavy surface as used in the construction of the castle, we opted for glass as it featured transparency and lightness. Additionally, we noticed how bridges were incorporated within the design as a means of accessibility. We have included a long walkway that will connect the outdoor parking area with the main entrance which will steadily incline – adding to the experience of reaching the building. Lastly, we wanted to incorporate a water element as this was also a feature of the castle behind our inspiration. This resulted in us including a small lake of 1,500m2 which is situated along the south side of the building, and instead of it being used as a defense system, it will be used to clean and recycle water.

Sustainability and environmental impact is a hot topic at the moment – especially in architecture and design – how have you incorporated these factors into the MSIC project?

This was one of the key considerations since the beginning of the design. Building N5 will aim to be an example of the future of green architecture, and we wanted to show that it is possible to combine sustainable functionality with flawless design.

The roof is made of glass and hosts 2,000m2 of solar panels, which are able to cover not just the daily energy requirement of the building, but is able to recharge the electric cars located in the underground parking. As previously mentioned, water was something we wanted to incorporate throughout the building and we wanted to be a part of the buildings sustainability plan as well. One of our goals was to reduce the amount of water waste, and we have done this by using phytodepuration plants in the lake which will allow water waste to be cleaned and reused. Our specialists calculated that this method will reduce up to 70% of water waste compared to that of a standard building.

In the design of the 1,500m2 drop off area, we decided to use a specially formulated type of concrete that will destroy pollution produced by cars through a photocatalytic process. The result will be equivalent to planting 120 trees.

However, it’s not just the exterior of the building that will feature these efforts, we wanted to include sustainable solutions indoors as well. Sick Building Syndrome has recently become a serious topic in architecture. This is backed by the World Health Organisation saying that indoor air pollution is the cause of 4.3 million premature deaths, and scientific studies that prove 34% of people think work spaces are responsible for the high-rate of depression in workers. The Max Planck Institute of Human Development of Berlin has confirmed that being in an environment surrounded by greenery improves the function of the amygdala – a component of our limbic system responsible for emotions such as fear, stress, and depression. A study conducted by the University of Essex has confirmed that greenery can solve 70% of depression cases, which is why we have designed building N5 to act as a large greenhouse. We have incorporated the same plants that were used by NASA in 1980 to clean the air in their space stations. These plants are able to destroy micrograms of common carcinogens that we find in indoor situations, and release oxygen.

”I believe a good architect has to be a great listener, but listening doesn’t necessarily mean catering to the masses. It is important to carefully analyse the context of people’s wishes, but at the end of the day we use our abilities to decide what will be good for the community as a whole.

You have mentioned that this will be an iconic design in Ostrava. What are some key elements that will make Building 5 such a unique flagship for MSIC?

As I mentioned before, our focus was on reducing the impact on the environment. The overall goal of the project was to design a self-sufficient building through a system that produces energy through the use of PV panels, recycles water, optimises natural light, and greenery to naturally control indoor humidity.

But we didn’t stop there. In any instances of the overproduction of energy, a system has been developed to allow the sharing of energy with MSIC neighbours. This is the first energy sharing initiative being implemented in the Czech Republic, and will no doubt contribute to Building 5 becoming a flagship.

How important is local culture in a building’s design? How have you incorporated this into Building N5’s design?

I believe a good architect has to be a great listener, but listening doesn’t necessarily mean catering to the masses. It is important to carefully analyse the context of people’s wishes, but at the end of the day we use our abilities to decide what will be good for the community as a whole. I believe that this alone makes architects quite brave as they may not always choose the most popular opinion, and then have a responsibility to make sure that the outcome justifies the decision.

For this project specifically, the challenge was to match the building with the undulating landscape – hence the dome-like roof – respecting the surroundings, but at the same time, highlighting its character.

When/where/how did the relationship with the client form, and how do you think this will benefit the progression of this project – as well as future projects – going forward?

I can clearly remember the first meeting with Mr. Csank as we clicked from the very first seconds of our initial conversation. I explained the principles that I use and have used throughout my architectural career, and that these principles were the driving force behind my vision for this project. Ever since that day, during a very long design process, we were both able to share and develop our ideas until we decided on a final result. I feel very fortunate that we have been able to work with a client that has given us the opportunity to experiment with technological and environmental solutions while still maintaining the comfort for those that will be using the building on a daily basis. We hope that this is just the start of a positive, collaborative and long-standing relationship.

What do you think is the main reason for such positive feedback on the overall design?

There are no successful projects without solid teamwork and Building N5 is no different. For this reason, I would like to thank all of our architects and engineers for all of their efforts and for pushing themselves to the limit in order to achieve this goal. I would also like to give a special thank you to our Project Manager, Barbora Stefkova for her amazing work liaising and cooperating with all specialists involved. Her excellent time-management skills have also allowed us to deliver a complex project like this in time. I would also like to thank first time Project Architect, Filip Krawiec. He has established invaluable skills and is very appreciated by all team members thanks to all of his hard work under pressure that was handled with extreme professionalism. 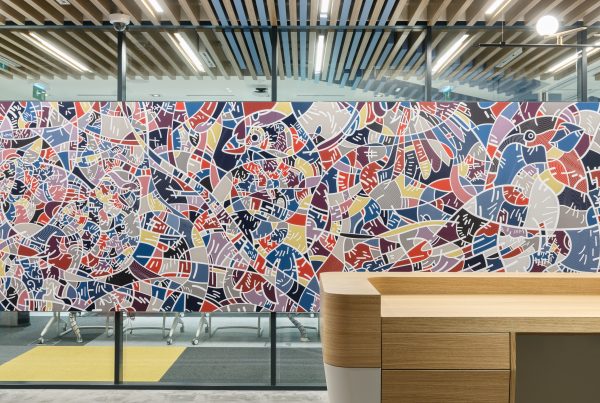 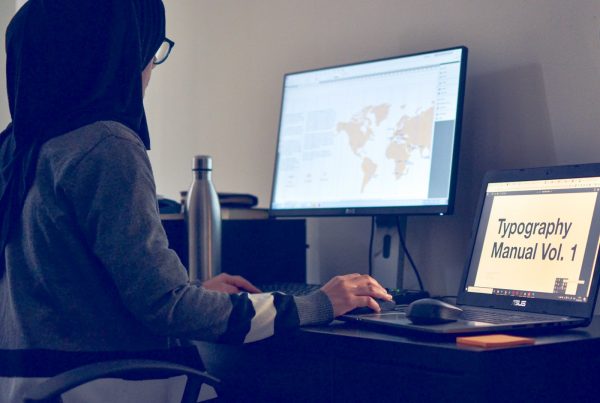