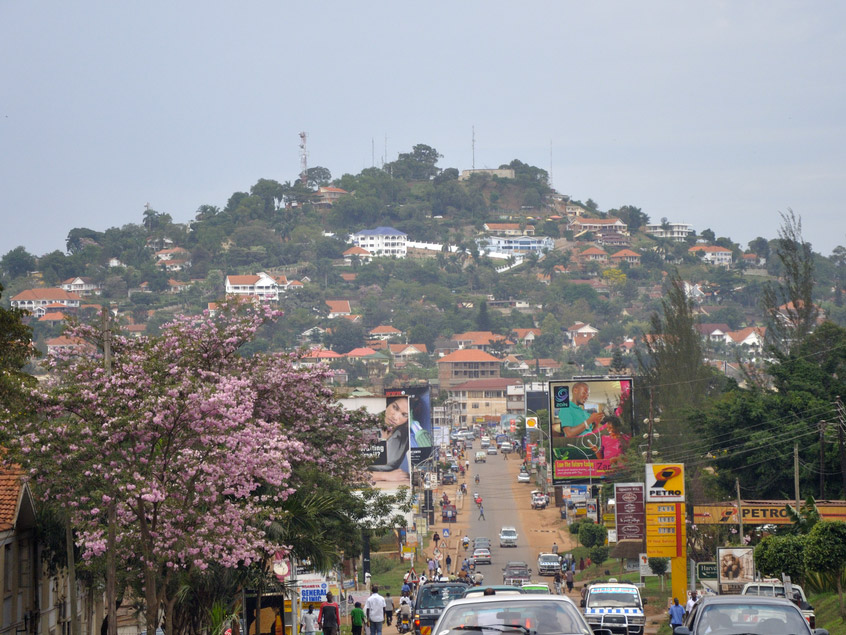 The increasingly urbanised capital of Uganda, Kampala, is currently one of the biggest migrant destinations in Eastern Africa. In order to address the consequences of being one of the most vibrant and chaotic cities in the whole continent, regional architects have a played a significant role in putting into practice a vision of a more sustainable and socially just city. 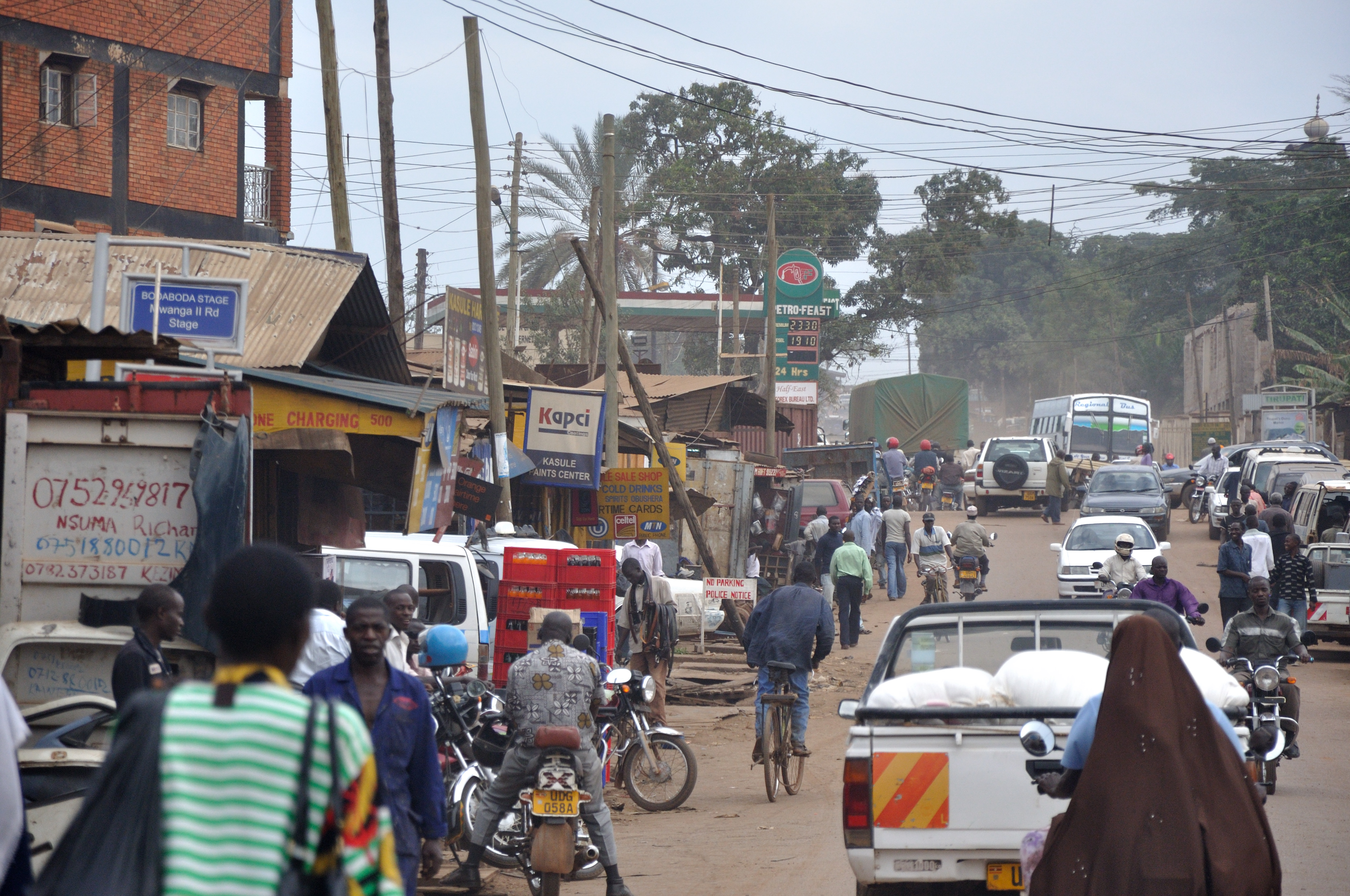 A typical road leading to the centre of Kampala, Uganda by CC-BY 2.0

One of the fastest growing urban areas in Africa
At the time when Uganda was a British protectorate, Kampala, the so-called “Garden City”, was masterminded by German urban planner Ernst May for 50,000 inhabitants. He designed a city with centres on each hill surrounded by vast areas of agricultural land. Kampala has experienced exponential population growth since 1970, from 330,000 to 1.7 million in 2016, and it is predicted that its population will double in the next 15 years. Kampala has been the destination of hundreds of thousands of refugees, asylum seekers, cross-border migrants (from South Sudan and D.R. Congo mostly) and internal migrants. Many of these migrants come to Kampala looking for economic opportunities that are simply not available in other parts of Africa.

The outcomes of swift urbanisation
The substandard accommodation in the city that resulted from a lack of governmental policy on housing has led to over 60% of Kampala’s population living in informal settlements, many of them single-storey shacks. The overwhelming amount of new migrants looking for houses in recent year has led to an unprecedented rise in land prices. Inescapable traffic problems and an overpolluted environment make life in Kampala problematic for residents, most of whom drive cars that would not meet environmental standards on other continents. The burden placed on the city’s congested and strained infrastructures isn’t lessened by a poor public transportation that has shown very little sign of improvement. The question that then arises is: are migrants staying because of they have found what they had hoped or because the alternative is even worse? For urban poverty to be fully addressed, both public and private sectors need to become more socially-intervening actors. 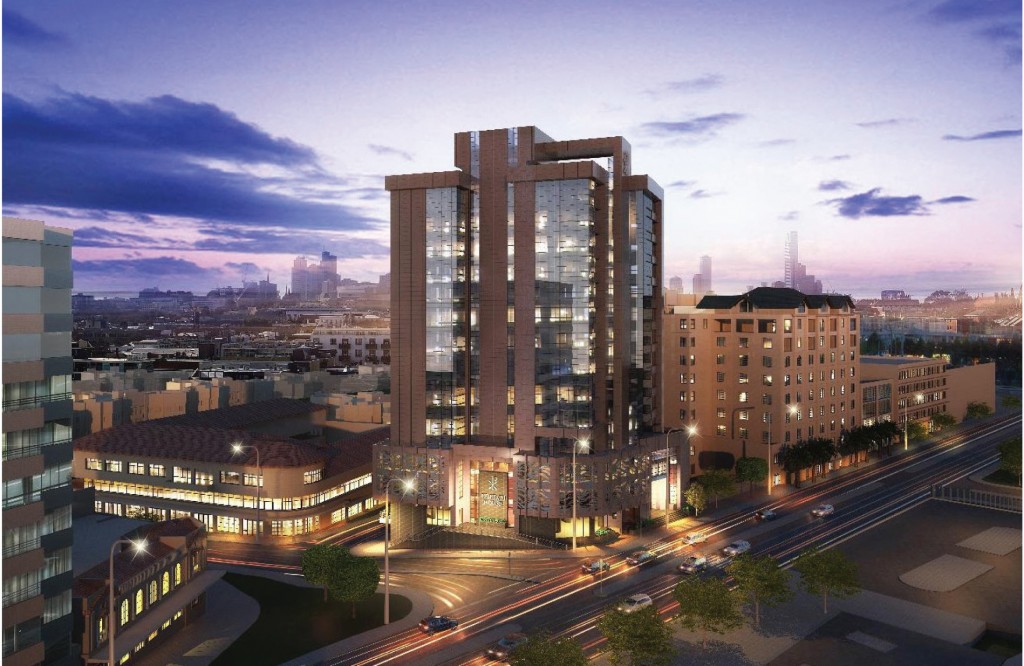 Church House in Kampala, Uganda, is one of RMJM’s latest projects in the city

How can architects tackle these issues?
Architectural practices dispersed in multiple countries are more capable of successfully approaching the effects of the rapid and unstructured integration in Kampala as they possess knowledge about the socio-cultural realities of different nations, including from those which faced similar issues decades ago. This provides the architects with the cultural sensitivity required to understand the day-to-day lives of those who will benefit from the projects in which they are involved. RMJM benefits immensely from being well-represented in Eastern Africa by RMJM East Africa & Botswana and having studios in close contact with each other allows for the creation of truly multicultural, collaborative teams. Some of the projects with a most profound impact in the local community include Mildmay HIV/AIDS Centre and Kisubi Orthopaedic Hospital. Somewhat unexpected urbanisation does not necessarily result in soaring production as the majority of jobs created as a result of mass migration usually require low-skilled labour. Projects of increasing value to cities like Kampala are those which combine several industries such as the Kampala Serena Hotel. This landmark project attracts capital, provides construction and service industry jobs, improves infrastructure in the surrounding areas and stimulates growth in the local and national economy through tourism. RMJM has been at the heart of several lauded projects in this region but more are needed if Kampala and cities like it are going to thrive in the future.