Interview with the Architect: Mario Biselli

Brazil is recognised around the world as an important architectural hub not only for its rich and varied history but for its rapid growth over recent decades and the unique opportunities it continues to provide. Its natural heritage and layered urban landscapes challenge the world’s leading architects, designers, and planners, making the country a hotbed of architectural innovation. We had the pleasure of talking to Mario Biselli, one of the managing partners of the recently established RMJM Brazil, about a range of subjects including architectural inspiration, urbanism and the way he imagines Brazil will take shape during the 21st century.


Q: Tell us a bit about your background. In what way do you think your architectural style was influenced by your upbringing?

A: Brazil has always been enveloped in an atmosphere of modern architecture which is difficult to escape. At the time I was born, in the 1960’s, much of Sao Paolo was built in a modernist style. During my PhD, I studied architecture and urbanism for 4 years and spent much time exploring these architectural processes. Together with other authors, I’ve also studied another topic which answers your question: whether you want it or not, your cultural background influences the project you are designing. Your memory and the things that influenced you arise intuitively in the design. The cultural background that guides your memory is fundamental when an architect is designing a building or taking decisions related to the architectural language. That’s why I would say that the modern culture that exists in Sao Paulo was inevitable for me and influences my projects in a decisive manner.

Q: Who has been the biggest influence on your work to date?

A: I believe that in architecture people choose their idols subconsciously. When I was in college, I was deeply interested in international architecture and, specifically, in the designs of Renzo Piano. He is the architect I admire the most. The American, Thom Mayne, is another architect who has influenced me as has the work from the Californian studio, Morphosis. Then there are the Brazilian masters such as Vilanova Artigas here in Sao Paulo, Paulo Mendes da Rocha and Oscar Niemeyer, who is a great reference for all Brazilian architects. As for the project with the biggest impact on my training, I would say it is a project contemporary to my college years: the Centre Georges Pompidou in Paris, designed by Renzo Piano and Richard Rogers.


Q: What are your thoughts on the architectural culture of Brazil?

A: Brazil has a very strong culture. Brazil succeeded in developing a very peculiar modern architecture which is deeply intertwined with the Brazilian socioeconomic reality. Brazil has two schools of thought. The first is the Carioca school, to which belong architects like Oscar Niemeyer, Alfonso Eduardo Reidy, and the Roberto brothers. I would say they all share a more playful line and freedom in the use of forms and curves. The second school is the Paulista school which is represented by architects like Vilanova Artigas, Paulo Mendes da Rocha, Carlos Millan and Lina Bo Bardi. This school has a very strong element of the architectural culture of Sao Paulo. For these architects, the problem of the structure is central in architecture. It’s a different way of thinking, it exhibits freedom of forms which is closely linked to the building structure design. Despite being different, they have many points in common. Since I’m an architect from Sao Paulo, the structural problem is always present in my work.

Q: What are the most interesting recent developments in architecture in Brazil?

A: Brazil has been hosting important sports events like the 2014 World Cup and the upcoming Olympics 2016. Brazil built many sports facilities and carried out other extremely important urban projects. Also in the area of “social housing” Brazil has acted with great force. In the field of culture, there have been many important developments with architectural implications. This is the case of some interesting small museums and other small cultural spaces. High-value residential architecture, the so-called “luxury houses”, are another strong element of the Brazilian culture. Here many houses are built in the countryside and on the beach. Brazilians dream of owning a second house, a cottage or townhouse with a high construction value. I would say the “luxury houses” are the sector with the highest cost per square meter in Brazil. These are high-quality constructions with a great architectural value.

Q: What do you think are the most exciting and challenging aspects of belonging to a vast network of architectural studios such as RMJM?

A: RMJM allows us to think globally. Brazil is one of the world’s major economies, it’s the 7th largest economy for GDP, and participates, not without difficulty, in the global economy. RMJM gives us access to great professionals with highly relevant curriculums and experience. In the same way, we can offer our experience which is highly specialized in areas that not many architects know, namely airports. We can form teams to bid in competitions together, in a more competitive way, both inside and outside Brazil. It is a very interesting network because it opens many opportunities for collaboration globally.

Q: If you had just one piece advice for aspiring architects, what would that be?


An architect must have two qualities in his/her life. The first is the necessary talent. Architecture requires a lot of skill and a lot of sensitivity, two elements of a quality we call talent. The second is obstinacy. An architect has to be obstinate because there aren’t many opportunities and when they appear you need to focus on them to ensure work brings more work. Project by project, you build a CV that attracts other potential clients. So talent and obstinacy, combined with, I would say, a strong desire to make architecture. On this note, there is a person who was my age and had a major influence on my life: the famous Formula One driver Ayrton Senna. Senna was a mix of talent and obstinacy; yes, he was very talented but he was above all he had passion and obstinacy. He was very inspiring for me and my generation, although he has very little to do with architecture. 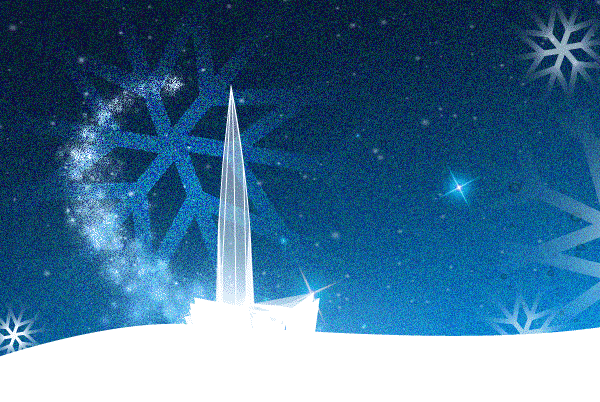 12 Days of RMJMmas with the RMJM Family 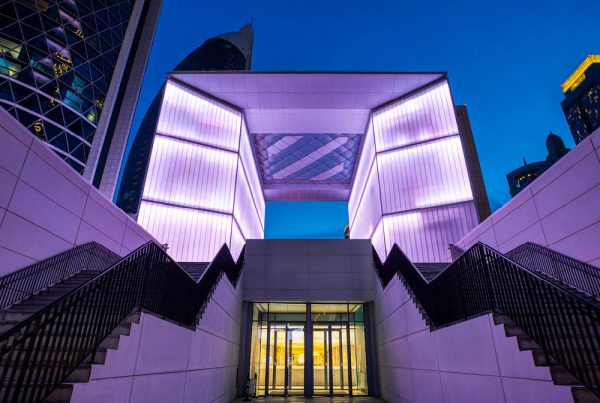 A Spotlight On: RMJM Dubai