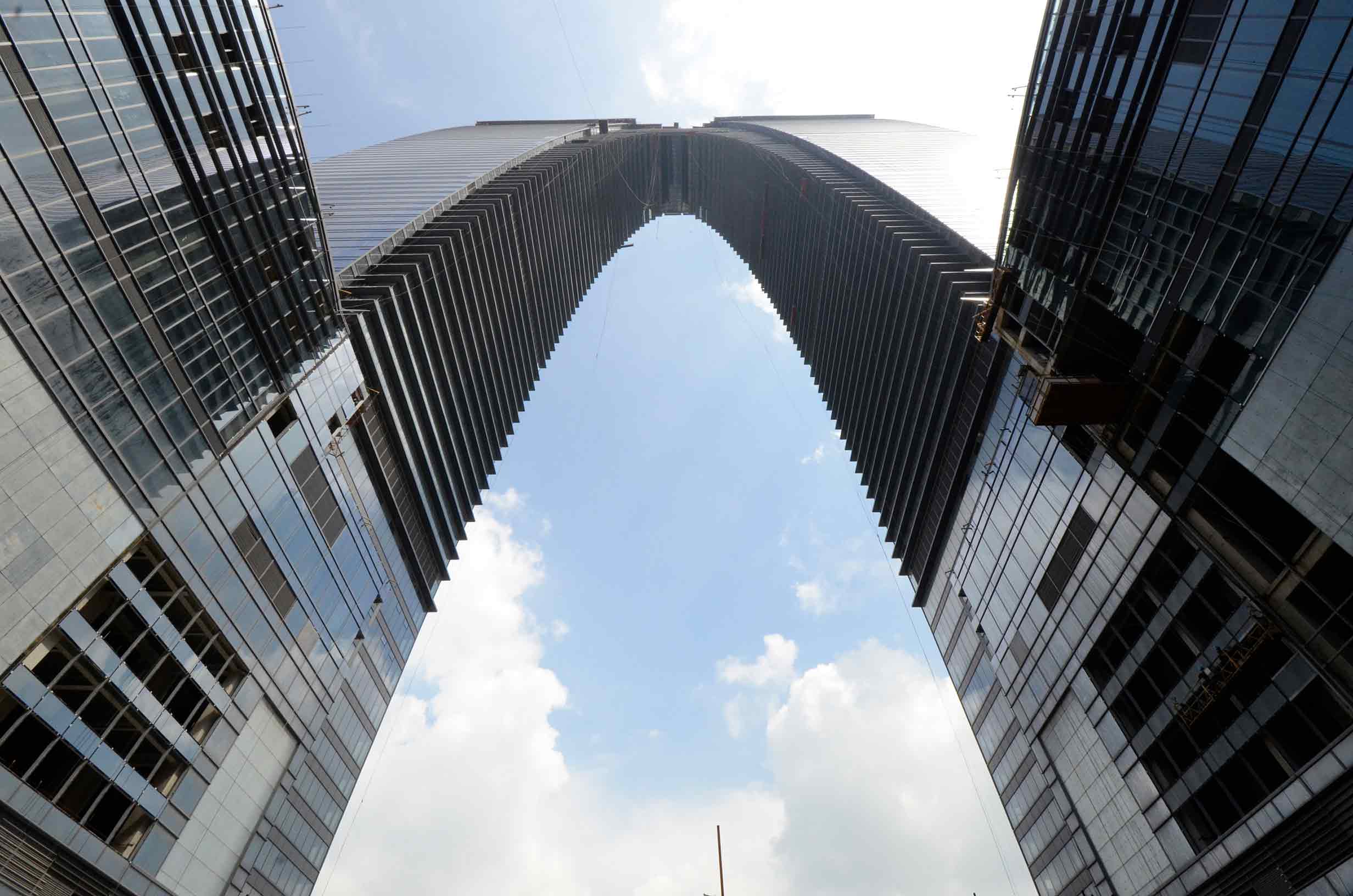 Like all great art forms, architecture can be a divisive craft. Unlike the paintings and sculptures of artists like Leonardo Da Vinci or Pablo Picasso, architecture is not confined to a museum or gallery. Instead architecture dominates a landscape, available for all to judge. That’s why controversial architecture will always generate such a strong reaction. But today’s car crash can be tomorrow’s masterpiece, and some of the most reviled buildings in the world have gone on to become a defining fixture of the landscape. Here are five examples of iconic architecture dismissed as an eyesore when first unveiled to the public. The Eiffel Tower, Paris – Try to picture Paris today and certain aspects of the landscape instantly come to mind. The Eiffel Tower, with its iron lattice design and startlingly brazen presence, is a defining aspect on the capital city’s horizon. Standing at 324 metres, it remains the tallest structure in Paris and is the most popular paid-for tourist attraction in the world. But when the Tower first began construction in 1887, several hundred prominent writers, artists and architects from around France initiated ‘The Artist’s Protests’. French author Guy de Maupassant ate his dinner in the Eiffel Tower restaurant every night because, as he said, “It’s the only place in Paris from where you can’t see the Eiffel Tower.” In response, the tower’s designer and chief architect Gustav Eiffel argued the tower was intended to show France was capable of incredible feats of engineering as well as artistic endeavour. While some of the original protesters continued to deride the Tower following its completion, many changed their mind and began to recognise it as the statement of French vision and ingenuity for which it’s known today. The Solomon R. Guggenheim Museum, New York – Perhaps it’s only fitting that a museum dedicated to one of the finest collections of modern art in the world would itself be a controversial aesthetic statement. Designed by architect Frank Lloyd Wright, the unique spiral exterior and intricate seashell-style interior of the museum marked it out as one of the most unique buildings in New York. While this ensured plenty of interest in the building, it also assured plenty of controversy. Wright explained the building was an expression against “Modern architecture’s rigid geometry.” Although scorned by many in the artistic community for ‘overpowering’ the art inside, the building has since become an iconic statement of plasticity and the organic nature of art. The Gate to The East, Suzhou, China – Despite many dismissing the Gate to the East as a temple to leg-wear (the Daily Mail described it as resembling “A giant pair of long-johns”), the worlds largest conjoined skyscraper has received a number of accolades and awards. When completed, the iconic architecture was recognised as being the tallest gate in the world, the building using the most steel products, the tallest Suzhou-style garden, the deepest private wine cellar, and the tallest swimming pool in China. The tower divides the intersection of the West bank of nearby Jinji Lake with the east-west axis of Suzhou Old Town and has been praised for its attention to local culture and geographic significance. The Gate to the East drew inspiration from both past and present Chinese tradition, including rooftop gardens that reference the Classical Gardens of Sozhou as well as the city’s significance in the region’s rapidly expanding economy. The Empire State Building, New York – Proposed at a time when unemployment was reaching record levels, The Empire State Building was seen by many as an indulgent waste of money built too far from proper public transit links. Despite coming in $19 million under-budget and months ahead of schedule, the 103-storey building took just $200 million in its first year.
Critics felt vindicated by the building’s underwhelming  commercial impact, labelling it as the ‘Empty State Building’. But their dismissive attitude was proven premature following its purchase and renovation in 1950. The ESB cemented its position as an inimitable feat of engineering in 1955 when the American Society of Civil Engineers selected the tower as one of the seven greatest engineering achievements in America’s history. Recently voted as America’s favourite building of all time, the iconic architecture also stands as a testament to never opening your mouth to criticise too early. Sagrada Familia, Barcelona – The Sagrada Familia now stands as one of the most recognisable edifices in all of Spain, but this still incomplete Roman Catholic Church has been subject to a barrage of abuse from architects and public figures alike. Pablo Picasso wished those responsible for it would be “sent to hell” while George Orwell described it as “One of the most hideous buildings in the world”, arguing the anarchists of Spain’s civil war showed “bad taste in not blowing it up”. Despite the highly uncritical reception from some, the building was made a UNESCO World Heritage Site and is now recognised as one of the most significant displays of architecture in all of Europe.

Gate to the East images courtesy of Terri Boake.