Africa’s middle class is growing, but as the face of the mother continent changes, so must the physical world around them. By 2030, Africa will have more people living in urban than rural areas, with the urban population expected to double over the next 20 years. As economic freedom and social mobility gains pace in African countries like Kenya, Ghana and Tanzania, so does the need to develop tighter security measures and provide a consistent sense of safety. But security goes well beyond additional CCTV and police patrols. More and more, designers are writing safety features into the very foundations of a development, and a strategic security-considered design can mean the difference between life and death.

Measuring risk
Before any design can be decided upon, risk assessments must be carried out; estimating potential building and infrastructure losses from earthquakes, riverine and coastal floods, hurricane winds, and other hazards. When designing any building or complex, the architect must work with building owners and other invested parties to select the appropriate safety and security measures to implement. Architects and designers must be proactive in their approach to considering and anticipating potential dangers the development, and its inhabitants might face. A comprehensive risk assessment also saves unnecessarily spending on security features which may not be needed, which in turn increases client and shareholder satisfaction.

Understanding the risks allows the designer to pinpoint specific areas of focus and taking the appropriate design steps to limit the danger. While every development will present its own unique set of challenges, it’s important to develop a set of key considerations before commencing any kind of design. Elements that will affect the level of security applied to the design include the purpose of the building, the public profile of the occupants, the proximity of the building to areas of public significance, the general threat of a terrorist attack or natural disaster. In Africa, these conditions can vary hugely. Even in major urban hubs such as Nairobi in Kenya, the risk of terrorist attacks must be considered during the design process. 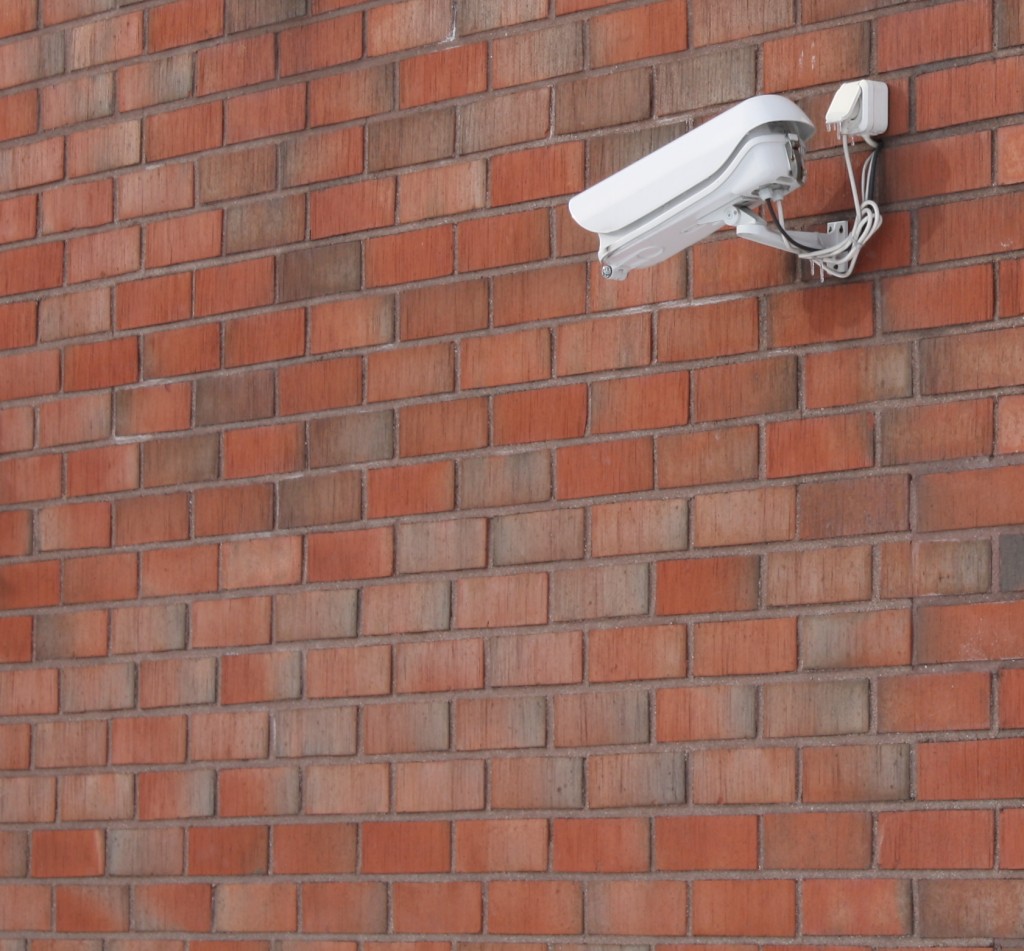 Traditional security methods
CCTV, security patrols and increased police presence can all go a long way to increasing security, both as a deterrent and as a response to developing security concerns. In comparison to these, the building’s design may seem like a secondary consideration, but it’s no less integral to security levels, particularly in areas where high-income residential housing is situated close to areas of high crime rates. The value of safety through security-oriented African architecture can not be underestimated in generating a comfortable space for residents, so it’s vital every protection measure is taken, particularly in areas of serious domestic conflict.

“It’s about using architecture to enable traditional methods,” says Director of RMJM Mombasa Mutua Mutuku, adding “Things like ensuring there is a clear line of sight for cameras, intelligent placement of windows and other entrance points and avoiding dark spots in the design.” With extreme economic inequality still a pressing issue, building security design in Africa is a constantly changing landscape. Whilst traditional security methods security are essential to maintaining a sense of safety, the growth in international terrorism and the ever-present threat of natural disasters has made preventative measures through architectural design  essential.

Urban layout
The urban layout of a development is one of the most significant, and often the most neglected, forms of security. By introducing security gates in narrow corridors, prospective threats can be discouraged from congregating. Similarly, by reducing the number of blind corners in residential areas, increasing open spaces and allowing light to reach further, developers can be confident traditional security measures are operating at optimum efficiency.

The layout of a development includes the landscape elements featured in the design. Following 9/11 security around parliament buildings had to be tightened. As a result, the design of the Scottish parliament building (which was in the process of being constructed) was altered. The design team, made up of RMJM architects working in conjunction with renowned Spanish architect Enric Miralles, had to come up with a solution that increased security while not blocking the impressive front entrances. Rather than installing oppressive security gates, turnstiles and spending money on further security guards, several shallow decorative ponds were positioned outside the entrance. Not only did they compliment the overall design, they prevented potential attackers driving up to the door and streamlined the overall flow of foot traffic, further limiting the potential for a large-scale attack. 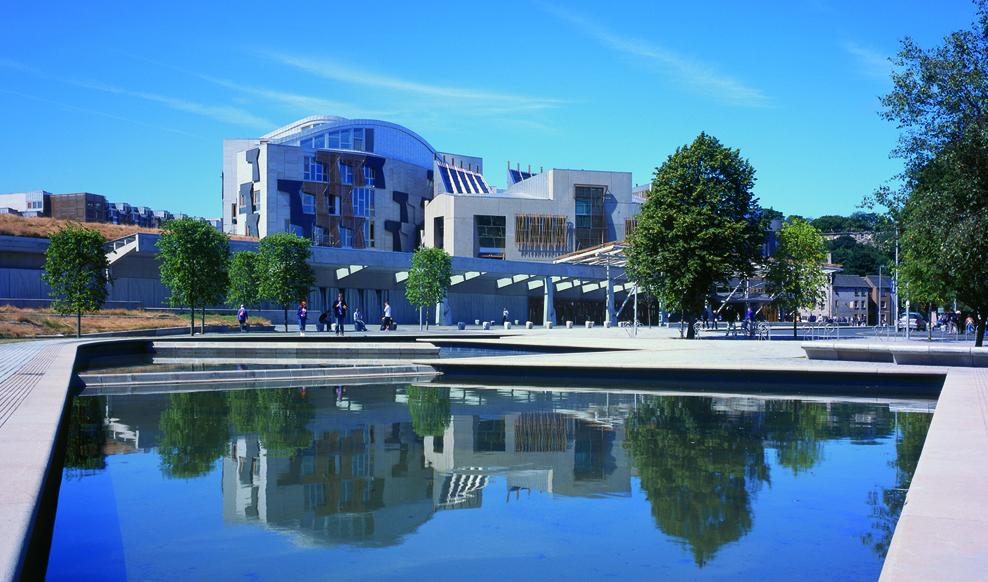 Security from natural disasters
Although potentially easier to predict, and thus prepare for, natural disasters still pose a major risk to citizens across the Sub-Saharan African continent. As Mutua explains “Architects have to be sensitive to the environment. In flood-prone areas, always build structurally sound buildings, high.” Other considerations include added protection for important rooms such as data centres, or in residential buildings, creating a ‘safe-room’ capable of housing large numbers of people. These safe rooms are usually designed without glass, elevated above street level to avoid flooding and often feature reinforced walls and ceilings. RMJM Symbion has made real progress in introducing natural disaster defences into a building’s design, with effective stormwater management now considered a necessity in all new developments.

In the earthquake-prone cities of Japan, buildings must now meet strict regulations on their ability to withstand seismic activity. Most countries already have guidelines regulating necessary measures to protect against natural disasters, but the often cavalier construction approach and rapid urbanisation witnessed in some African cities have created a skyline still hopelessly at the mercy of the elements. This same migration from rural to urban landscapes has led to “an increased risk of joblessness, which can be a major security threat.”

Building with the right materials
Planning for protection from natural disasters also involves assessing the materials available to reduce the risk of fire damage. As Mutua explains: “It’s vitally important designers do not use natural materials from unsustainable sources, as this increases the propensity for natural disasters.” For a structure’s exterior, porous paving, green roofs and bioswale gardens can all reduce the risk of flooding. For the interior, blast-proof glass can limit damage to inhabitants in the case of an attack. In areas still blighted by domestic conflict, extra reinforcement for the walls of certain rooms has become not only a positive addition but a necessary security feature. With advances in design software, a total analysis of the building’s components is possible before a single brick has been laid. RMJM is currently working with some of the top names in design software to create real-time computer visualisations capable of studying the effect of natural disasters on any new development. Every designer knows highly combustible materials pose too great a risk to the integrity of the structure, but the software being developed in conjunction with RMJM allows every material to be studied and tested against hypothetical natural and man-made stresses. In this way, designers can ensure structures are capable of withstanding predicted strains while digitally creating composite materials capable of fulfilling all the necessary building requirements. 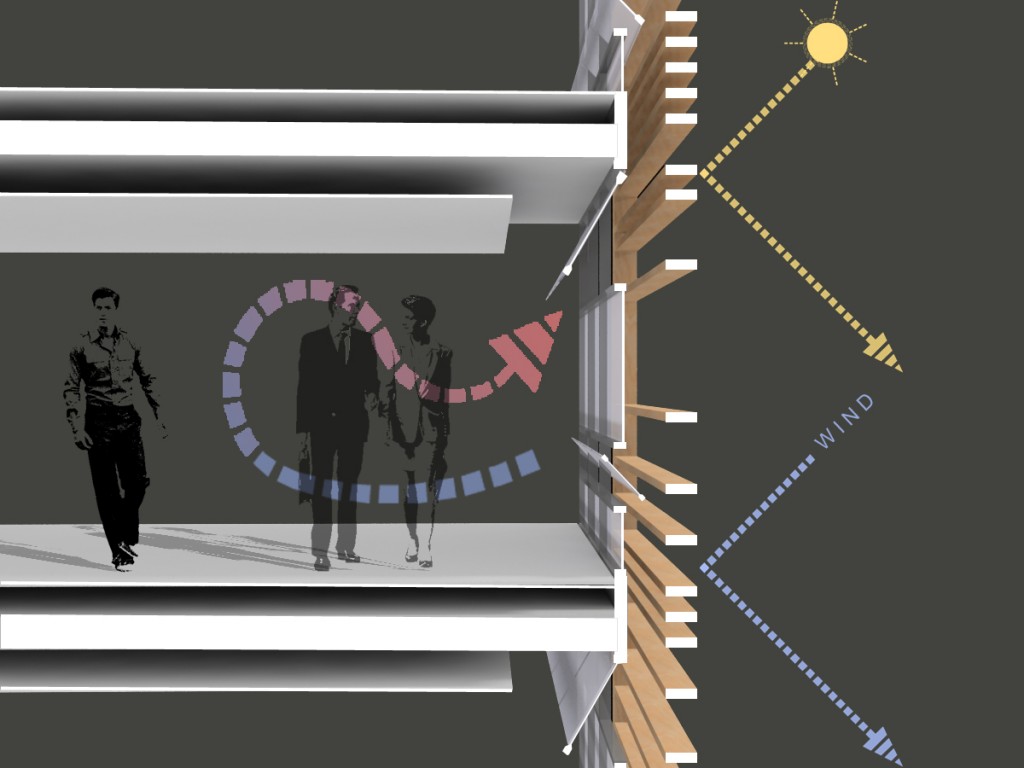 Bringing modern African security into the light
The built environment can significantly affect users’ thought patterns and behavior. Often without their knowledge, building occupants and visitors respond to environmental cues that encourage particular behaviors and discourage potentially harmful tendencies. The availability, or absence of, light is particularly important when considering the security of a complex. This also feeds into an often neglected aspect of building security, which is to introduce these measures in a passive manner so as not to become an oppressive presence in the inhabitants daily lives. While it’s important people feel security measures aren’t impeding on their lives, it is important that security features are visible. CCTV serves the dual purpose of being a deterrent and collecting evidence, so it’s vital the design allows cameras to remain visible to the general public.

Access and exit points
Just as vital to the security of a development is the location and frequency of the entrance and exit points. In the event of fire, earthquake or terrorist attack, intelligently located exits can make the difference between life and death. Likewise, entrance points must be monitored in order to ensure the safety of the buildings inhabitants, meaning the location has to allow for soft security measures. In the newly constructed city of DHA Karachi, the threat of insurgent attacks led to each controlled gated community being equipped with emergency exits at the sub-sector level, allowing any entry into the residential area to be monitored.  In Africa too, security has transitioned  from the need to protect inhabitants and property from burglars to a serious contemplation of how best to protect citizens from a terrorist attack. The growth of homegrown insurgent groups such as Al-Shabaab in Eastern Africa and Boko Haram in the West has shifted the focus away from designing to protect against natural disasters and spurred on a new school of defensive African architecture. 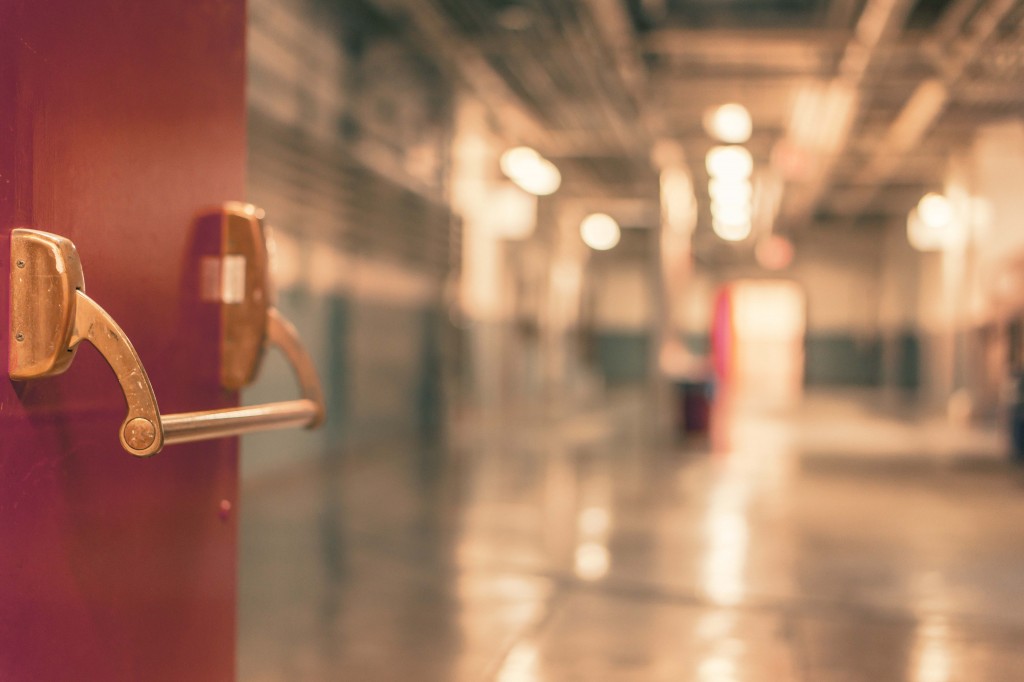 As advances in technology make static security measures more readily available, it can be easy to neglect the security potential hidden in the design. As the significance of domestic security grows in Africa and across the world, security must be an integral consideration at every stage of the design process. Optimum security requires finding a balance between the operational, the technical, and the layout of the development. As several African nations gain real economic momentum and urbanisation brings ever greater numbers to major cities, establishing this balance becomes imperative to the continents continued growth.